Five Guys has been a Washington, DC area favorite since 1986 when Jerry and Janie Murrell offered sage advice to the four young Murrell brothers: “Start a business or go to college.” The business route won and the Murrell family opened a carry-out burger joint in Arlington, Virginia. Under the guidance of Jerry and Janie, the Murrell family served only hand-formed burgers cooked to perfection on a grill along with fresh-cut fries cooked in pure peanut oil. The little burger joint quickly developed a cult-like following. Press paid attention. Customers voted the burger “#1” in the metro area. Now, 30 years after Five Guys first opened, there are almost 1,500 locations worldwide and another 1,500 units in the development. Five Guys continues to receive generous media attention and has grown a cult-like following around the world. 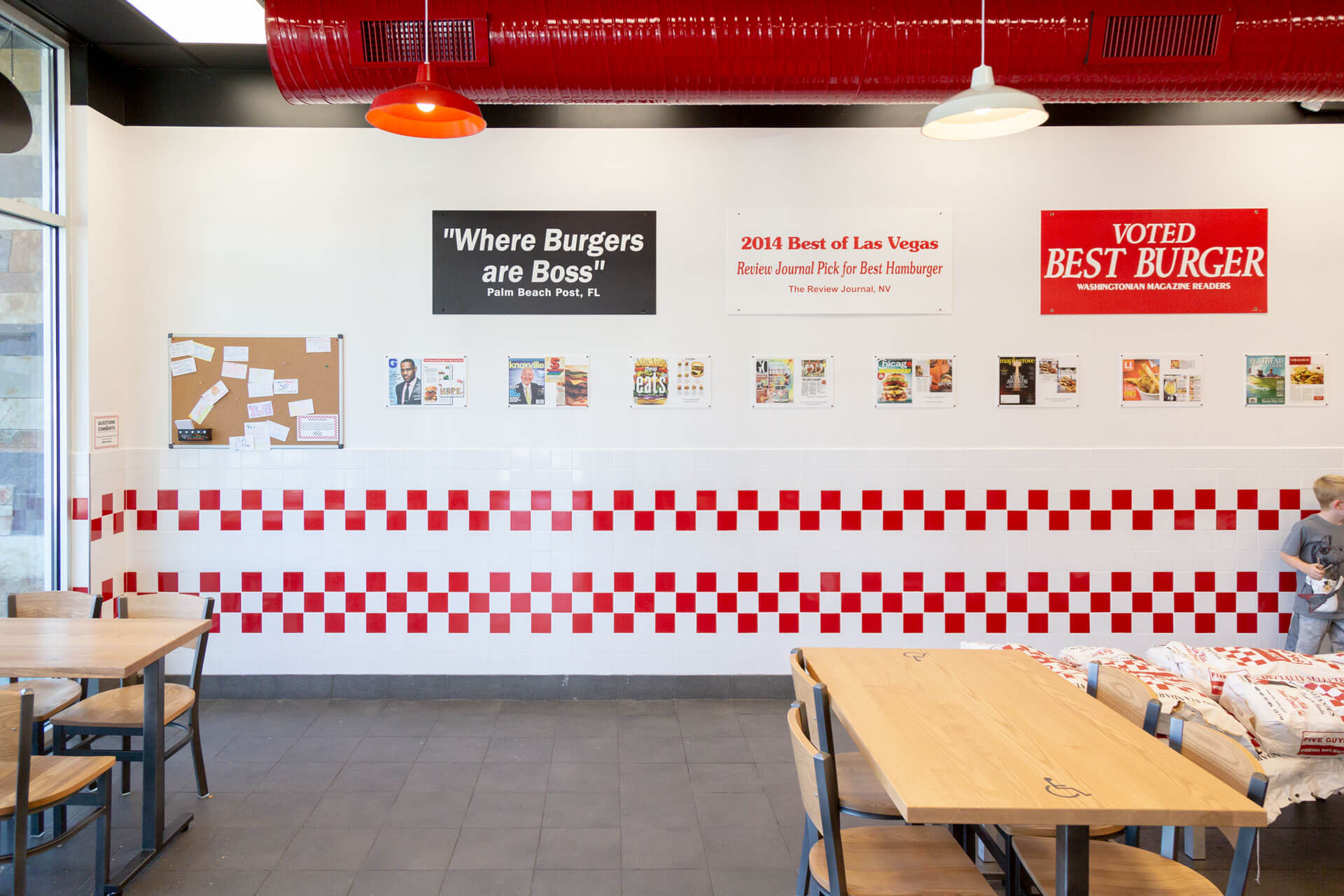